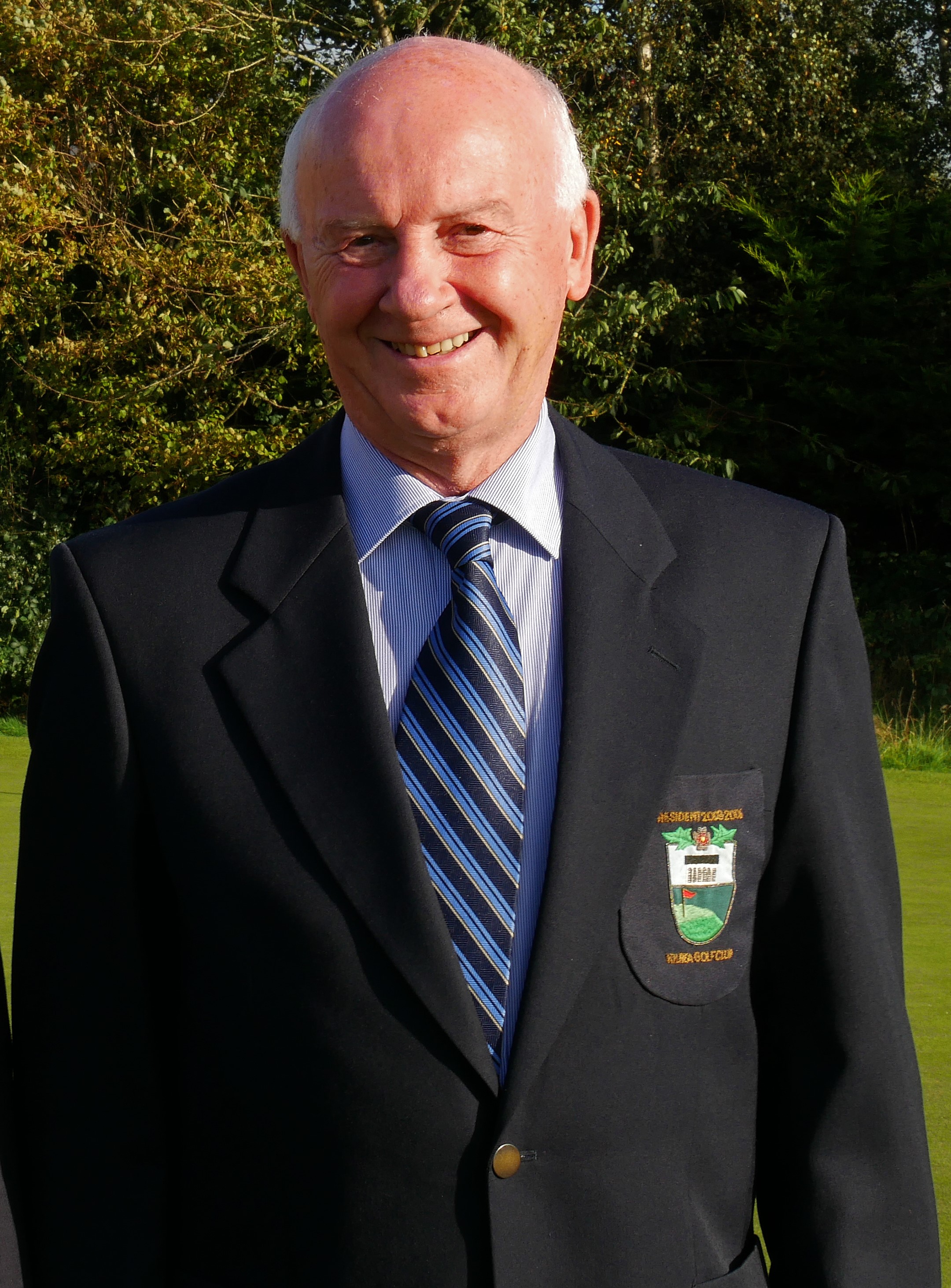 It was with great sadness that the club learned of the passing of its longest serving member, Mr Alex McDonnell.  Alex joined Kilrea Golf Club in 1962 when he was teaching in St Mary’s school in Clady.  The principal, John Fay, was a keen golfer, and he encouraged a number of his young staff to take up the game.  Alex, whose interest in golf had been stirred by press coverage of the early careers of the Ryder Cup stars, Christy O’Connor and Norman Drew, joined along with two of his colleagues, Paddy Gribben and Tommy Fee.  From the outset it was clear that Alex had an aptitude for the game and he enjoyed playing in club competitions.

Alex took a great interest in the club’s affairs.  He served on Council in his early years and he was elected as Captain in 1999.  This was followed by a three-year stint as President from 2003 to 2005, and he was also one of the club’s five trustees.  Thoughtful and supportive, Alex was always motivated to do what was best for the club.  He was greatly interested in the club’s history and felt that the millennium should not pass without the club staging some kind of event to mark its occasion.  It is fitting, therefore, that the ‘millennium stone’ which stands behind the first tee should bear Alex’s name.  Even when no longer involved on Council, Alex remained an enthusiastic supporter of club events, most recently the 2019 Centenary celebrations.  His last official engagement on the club’s behalf saw him share his reminiscences with members at the launch of the book charting the club’s history over the past 100 years.

Alex continued to enjoy the game right up until March this year.  He was a regular early morning starter each Saturday, and it was evident that he particularly enjoyed his Wednesday outings with the club’s seniors.  While Alex was widely known and respected among the entire membership, his passing will be most keenly felt by ‘the Wednesday morning men’.  Quietly spoken and reflective, Alex clearly enjoyed the camaraderie and fellowship of his midweek companions.  He was also a man of great sincerity and integrity, exactly the type of individual who reflects the  best values of our great game.  Alex was a true gentleman and an outstanding club member.  The club sends its condolences to his wider family circle.  He will be greatly missed by his many friends at Kilrea Golf Club.